Some weeks ago, I was writing about Jennifer Tarle’s great video lesson on top 10 ESL Vowel mistakes. Some readers asked me if Jennifer has something similar in connection with consonants. The answer is definitely yes. So today, I would like to tell you my thoughts about her video lessons on the top 10 consonant mistakes.


First of all, let me call your attention to her handout on this lesson that is very useful if you want to follow what she is talking about. 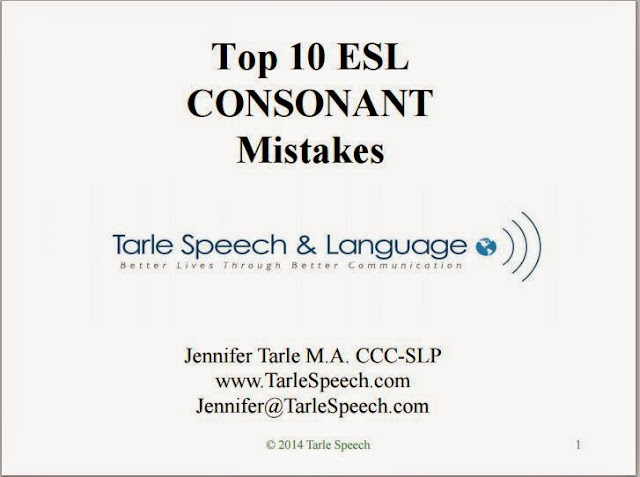 Don’t worry, this handout as well as the video lesson is free. You can watch the lesson on her youtube channel. 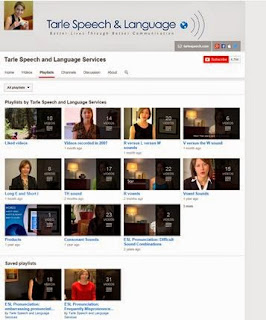 So let’s get started.

It was her first free video lesson she gave it some weeks before vowel issues.

I do like her approach. She didn’t jump the gun, but she gave a good introduction. Before speaking about consonant mistakes, she explained why language learners have a  foreign accent and why another accent is difficult to learn. Well, as she is working as speech pathologist and accent reduction teacher, she has a lot of knowledge about it. To tell the truth, I would have listened to a longer presentation about it.

I have to add two things:

TH voiceless /θ/ and TH voiced /ð/ (handout pages 6 and 7)
Jennifer is right. They are the number 1 and 2 problematic consonants for English learners. The place of tongue and teeth seem to be weird for foreigners, but if you don’t put them in the right place you will never produce a nice TH (either voiceless or voiced), but you will say something else.

My first English teacher didn’t do a great job. In a blog post, I was speaking about him. Following his advice, I produced the voiced TH sound as a stop sound. Why is that a problem? Because the voiced TH sound is a continuous consonant. What does it mean? “A type of consonant sound in which the sound should be able to be held for a few seconds with even and smooth sound for the entire duration. Continuous consonants include: fricatives, liquids, glides, and nasal sounds. May be voiced or unvoiced”. And a stop consonant is ”created when the lips or tongue momentarily "stop" from leaving the mouth, then release the air”. (Definitions from Mandy’s Pronuncian.com)

Surprisingly, he taught the unvoiced TH as continuous sound. So he wasn’t too consistent.

So, for me this pair of sound was very strange:

So I had problems with both TH sounds, but some pronunciation teachers (including Jennifer) showed me how to do it correctly.

Z sound /z/ (Handout page 9)
To tell the truth, I can’t add too much to this part. Just only one thing. Jennifer emphasizes that Z sound is often spelled with letter S. If you practice a lot, it will be automatic that you will connect the Z sound with letter S without thinking too much about it.

NG sound /ŋ/ (Handout page 10)
Yes, this sound can be a great challenge. In my mother language, the spelling pattern of “NG” (or “NK”) is rather frequent. We pronounce it with two sounds, but the N sound of this “NG” pattern is very different from an individual N sound. We do it automatically without realizing what we are doing. I think Jennifer agrees with me: while we’re speaking we do a lot things without awareness of them, and we’re very surprised when we learn about it. My second or third English teacher had an excellent tip. “If you want to create a good English NG sound (that is ONE sound), produce the N of the Hungarian “NG” pattern. Is it OK? Well, you can create the English NG sound!”

W sound /w/ and V sound /v/ (Handout page 11)
If Jennifer had asked me to tell her only one issue for this lesson, I would have said “W” sound. I also say V sound instead of W sound. Why? In my language, there is no W sound; in addition, we use the letter W only in foreign names (personal or geographical) such as William and Washington. In this case, we substitute the W sound with V sound. I think it’s burned into my muscle memory. I do know how to create a W sound, but when I speak (especially when I do it quickly) I tend to say a V sound. In addition, when I hear English, I can’t really distinguish these sounds. Meanwhile, I clearly recognize TH sounds, but I hear V sound instead of W sound.

Jennifer created a playlist on W and V sounds on her youtube channel. It’s useful! 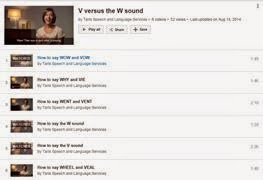 SH sound /ʃ/ and CH sound /tʃ/ or /ʧ/ (handout page 12)
I am pretty lucky as there are SH sounds and CH sounds in my mother language and they’re created in the same way. Hooray!  So, I recognize them. In addition, the spelling patterns help a lot. There was just only some small problems: in Hungarian the SH sound is spelled with on a letter S, and the S sound is spelled with a “double letter” of SZ. And how the sound CH spelled in Hungarian? It is CS. How strange, isn’t it?

R sound /r/ or /ɹ/ and L sound /l/ (Handout page 13)
I belong to those people who tend to say RRRRRR – rolling R’s because of my native language. When the R sound stands individually, I have no problem, but I have to work on consonant clusters.

At the end of her video, Jennifer gave some useful tips. I would like to highlight only one thing: Focus on the Sounds not the Spelling. I heard this advice like hundreds of times. Well, I’m a kind of visual learner. So it was hard to do so. Some years ago, I understood a lot from reading and sometimes hardly any from listening. I almost always switched on subtitles (if there was any) to understand English speaking films. Then I tried to change. I tried to train my ears. I began to work on my pronunciation from materials of some awesome pronunciation teachers (including Jennifer). As I realized, there are interactions between different skills. Learning from Jennifer and other teachers’ pronunciation materials, lessons, my comprehension skills also improved. There was an important step that I tried to focus on Sounds.

Following some requests, I added links to Jennifer’s other free video lessons. They’re great, helpful. You can reach even better result, if you buy Jennifer’s books.

These two books excellently complete the free videos. Watching the videos one by one on Youtube channel then going through the audios and practicing a lot can be the best way to learn each sound. In the books and audios, Jennifer gives clear explanation of creating, and spelling patterns of each sound, in addition she gives examples of the sound in beginning, middle, end position of the word as well as some practice sentences.

Next time, I’m going to write my thoughts about this awesome lesson as well.

In addition on June 5-6, 2015, you can follow a new lesson live about intonation. Just follow this time conversion sheet:

I have only one critical note. I also organize video conferences for people from all over the world. It’s impossible to find an appropriate time for everyone. I think when it’s morning in the US and South America, it’s early afternoon in Europe, Africa and Middle East,  late afternoon, night, or in Asia, and Australia. So maybe Jennifer can reach more people live. But Jennifer’s message is excellent when you watch it from a recording. :)