Today’s Idiom – Pay Through the Nose

A couple of weeks ago I began a new series about idioms. The first idiom was “spill the beans”. As I told you, Americans (and other native English speakers) use a great number of idioms. It makes the English language beautiful, varied and alive. If you try to learn them, it is a great adventure. In this series within my blog, I can show only a few idioms, but I’m going to introduce books, websites, and video channels that can help you.

Today I’m writing about the idiom “pay through the nose”. What does it mean? The explanation of this idiom is as follows:to pay excessively; to pay an exorbitant price; to pay too much for something (usually + for); to pay too high of a price.


Let’s see this idiom in some example sentences:

One of my favorite books (about American idioms) is 101 American English Idioms by Harry Collis. 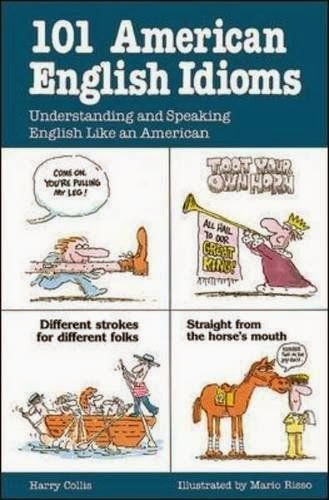 It has funny illustrations by Mario Risso beside a list of examples.

How does this book explain this idiom? 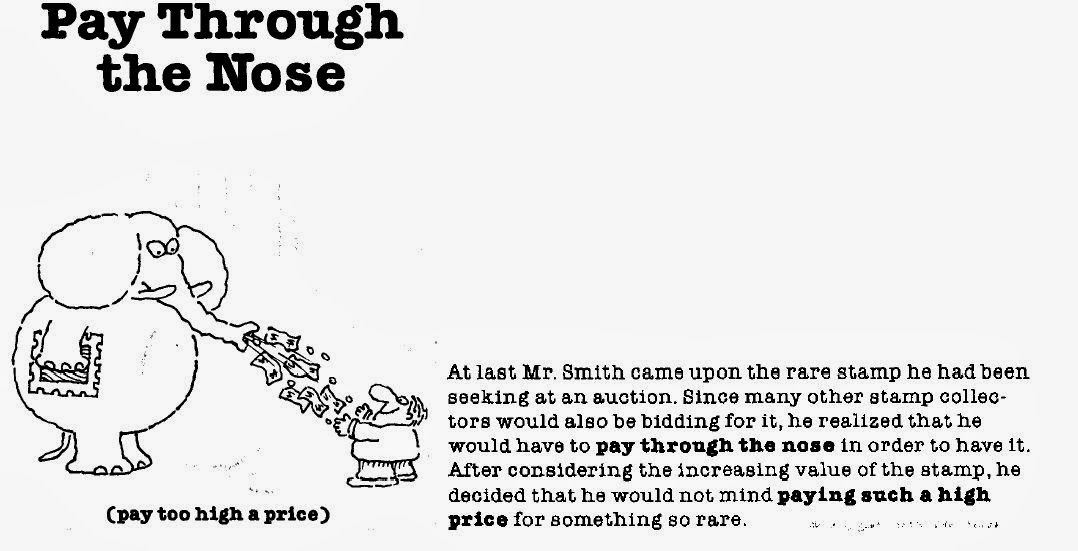 She has a series on idioms. She always explains what an idiom means and how to pronounce it.

I used the following websites and books to write this blog post:
Rachel’s English and her video channel
Cambridge Dictionaries Online
The Free dictionary by Farlex (Idioms)
Idiomatric American English by Barbara K. Gaines
The 800 most commonly used idioms in America by Paul S. Gruber

And now I have a question for you guys: do you know other idioms with a similar meaning? If you do, please write it / them as a comment here. 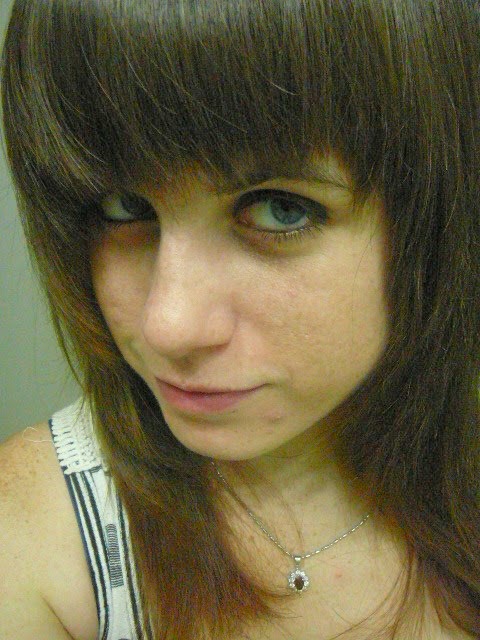 To pay through the nose is kind of a funny expression now that I have spent some time thinking about it. I was looking up the origin of this expression and I found the following on this website.
Origin: Comes from the ninth-century Ireland. When the Danes conquered the Irish, they imposed an exorbitant Nose Tax on the island's inhabitants. They took a census (by counting noses) and levied oppressive sums on their victims, forcing them to pay by threatening to have their noses actually slit. Paying the tax was "paying trough the nose."

It's great! We've already got to know where this idioms come from.


Thank you very much.