As I mentioned before, I spent a long period of time in the States. I wrote several messages on the thoughts and ideas I had over there which I use as a basis for my entries. Because I also get many questions from readers that I try to pay to attention to, I get new ideas from them as well. Today, I'm writing this post based on three questions I have received: (1) “Why do you prefer American English to British English?”, (2) “When I hear Americans speaking, I don’t understand them at all. How can I improve my comprehension skills?”, and (3) “Rachel’s English and Pronuncian.com are great, but could you recommend something that does not expand week by week? So, in other words, could you recommend a series of DVD's or a book that can help me develop an American accent?” So let’s get started answering these questions.


Question 1 “Why do you prefer American English to British English?”

First of all, I’d like to tell you that ONE standard American English accent doesn’t exist. American English has several dialects and British English has several dialects. I’m not an expert on dialects, but I can tell you that there are many characteristics that you can recognize when American people are speaking. Some pronunciation schools teach so called “broadcast English” which is used on CNN and other news stations. It does not come from any specific part of the United States. I guess the situation is similar in the United Kingdom as well.

So why do I prefer American English? Even though I live in Europe and I learned British English in high school, I’ve spoken with more American people in my later life. In addition, I lived in the United States for a long period of time. I found the general American accent nicer than the British accent. This is purely my preference.

Unfortunately, I can’t distinguish the origin of American people by their accent. But I can recognize if someone is from the States. When I hear Americans, I find that they open their mouth wider while creating vowels. For me, American vowels are clearer (and more understandable) than British vowels. Considering consonants, there are also differences.

Question 2 “How can I improve my comprehension skills?”

If you go through any pronunciation course, your comprehension skills may develop at the same time. How? You’ll learn a lot in these courses, such as how the sounds and phrases are created, what kind of reductions are used, and what the main characteristics of every day speech are. If you learn how to create and practice these things, you will also recognize and understand them when you hear them. What I want to express is that language skills are all closely related to each other.

Question 3 “Could you recommend a series of DVD's or a book that can help me develop an American Accent?”

There are a lot of great pronunciation courses and books. I also introduced other great teachers. Now, I’d like to show something new to make my blog varied. It’s called “American English University”.
Its website is very informative.

I'll show you an example. Let’s meet Ms. Sara Jennings from the American English University. http://americanenglishuniversity.com/ I could illustrate why I prefer American English with several other videos from teachers as well, but I decided on this video as it connects to the third question.
Before continuing to read, please view this short video.
In my opinion, Ms. Sara Jennings speaks very clearly. Maybe she opens her mouth even wider than other Americans. I guess she does it for educational purposes in her videos. She wants you to understand her and to see how the American English sounds are created. As a result, her students can copy her easily.

She speaks very quickly as most Americans do, but her speaking has a rhythm to it. She varies her speed between the words that carry the main message (she says these words slowly) and the function words (these are said quicker). This is typical in American English: it’s quick and slow at the same time. You have to get used to it if you want understand better.

This course provides several free lessons,  such as how to begin a conservation with a greeting. http://americanenglishuniversity.com/greetings-in-american-english/. Visit the site and I’m sure you’ll find some interesting topics.

The American English University's website http://americanenglishuniversity.com/ and its video channel  are only the beginning. They are good examples of useful lessons and they can work alone if you’re interested in the topics. However, the lessons and videos don’t form a whole courseit may make you feel like getting more content. How can you do it?
American English University provides a whole DVD series for improving your pronunciation and transforming your accent into something similar to the American accent.  It’s not cheap, but it can be a good investment for your future. The course consists of an introduction, lessons on vowels and consonants, and the 150 most important and difficult words to pronounce in American English. It's content does not increase in volume and neither does the content of the DVD's. You can work on it step by step, following a pace that is comfortable for you.

If you can’t decide whether or not you like it, you can buy a smaller “trial” part that consists of the vowels section from the whole course. The quality of the video (HD) and the audio is great.
At the moment I have only the trial part, but it has helped me a lot. First of all, it helped me to build a system of American vowels for myself that is essential for good understanding. American English University did a great, high quality job with this series.

Gardeniafly checked my entry again. She is not searching new students anymore. But I can recommend someone else, or you can visit Italki.

Hi! What do you think about this topic? 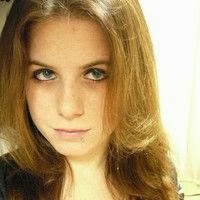 Whether you choose to work on learning a British accent, an American accent, a Canadian accent, or even an Australian accent, it does not matter. The thing that matters most, in my opinion, is that you stick to that accent and learn it to the best of your abilities. As your English develops, you can have a better understanding of the other accents as well, but it can be a bit confusing when you keep trying to pronounce the same word in many different ways. As far as material, Attila has some of the best insights as to what works and what doesn't. Of course, different people prefer different material, so don't be discouraged if one way of learning doesn't work for you. Keep trying and never give up!